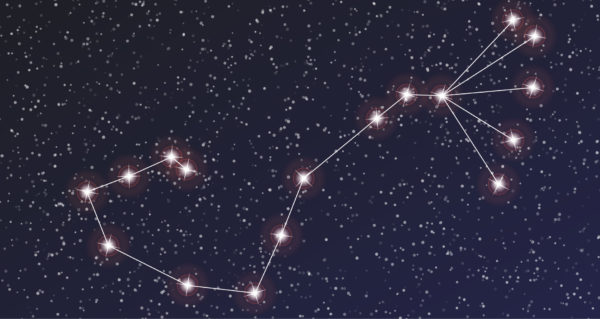 The constellations were used by people across the world to navigate before their were modern technologies to do the job.

The night sky was virtually identical from anywhere in the world, so it made the job of navigating easier than just looking for landmarks on Earth. 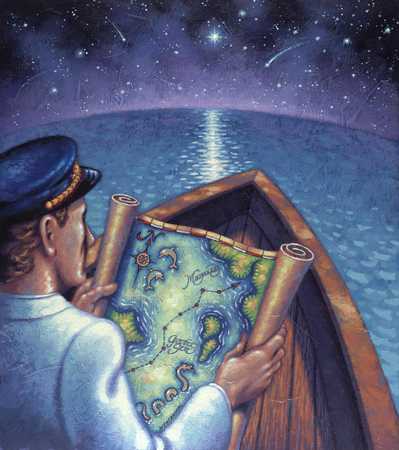 Finding the constellations and identifying them out of all the millions of stars in the sky can be daunting.

It’s one of the first things that an amateur astronomer should start to learn, though. You can’t find the Andromeda Galaxy without finding Andromeda.

It’s possible that you learned about constellations in back in grade school, or the Boy/Girl Scouts, but that doesn’t mean you’ll remember any of that information today.

Or, if you are a person of the internet age, then you obviously know that most of the astronomical data you would like to know about is out there.

In any case, it can take some time to learn some of the more major constellations, but there are a few things that can help. 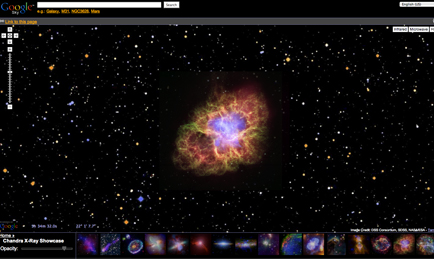 Google Sky teamed up with some astronomers to create a Google Sky app that is much like the Google Map tool. It’s a way to browse the universe, and it can be done indoors or outdoors.

If you use the app outside, you can line up the night sky with your app and find the position of your favorite planets and stars.

This is an app available at the Apple Store for download. It provides astronomers with free maps for the Northern Hemisphere.

Whether it’s color, black and white, or night vision, there’s a map for you to download and use with this app.

There’s a database of 900 million stars available with this app.

While only a certain amount will be downloaded to your phone, the rest can be downloaded as you need it to be viewed while you’re out there looking at the sky. 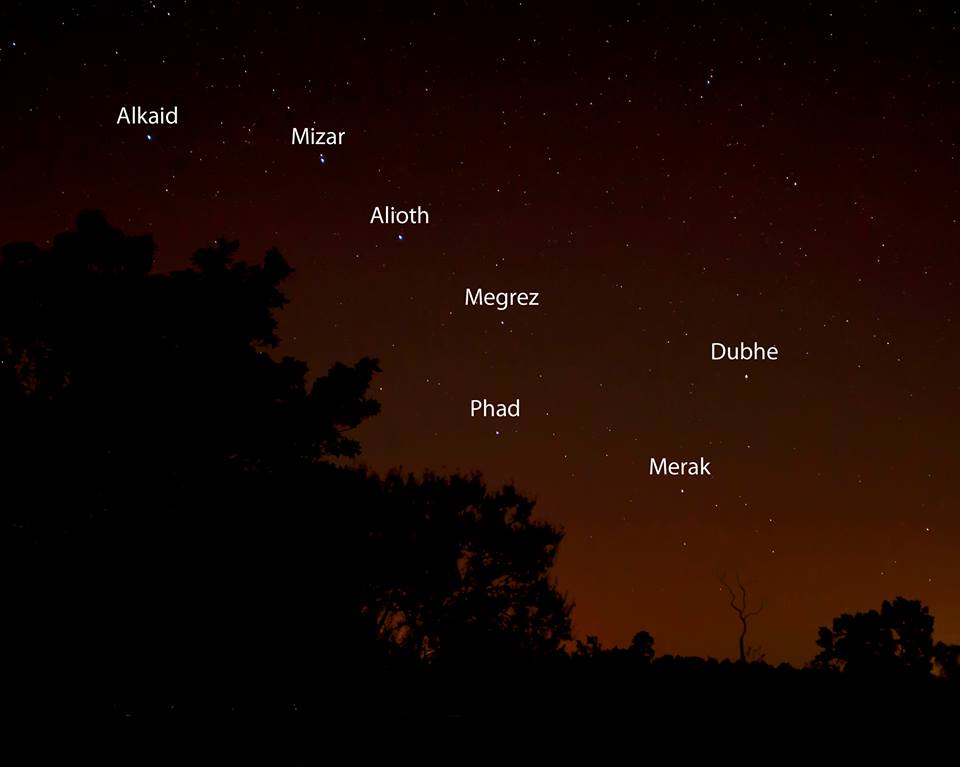 The easiest constellation to find is the Little Dipper. It’s shaped like a bowl with a handle. Along the handle, you’ll find the brightest star.

That’s the North Star and the end of the constellation itself. You can use the Big Dipper to find the Little Dipper, which is where you’ll find the brightest star.

Here’s a video showing how to find the Big Dipper in the night sky, as well as Polaris.

And here is another video which shows Polaris, The Big and Little Dippers. 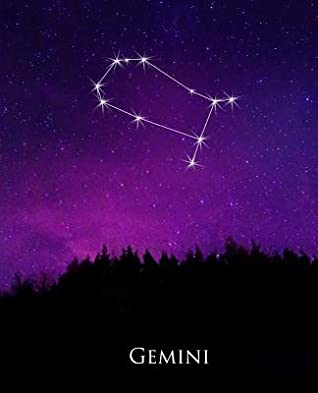 While some of the constellations don’t resemble their name at all, there are others that are easy to find because you know what you’re looking for like The Twins.

In the night sky, you’ll be able to see the shapes of the Twins. Usually constellations have stories of how they came to be in the sky.

In the case of the Twins, it’s said that Caster and Pollux were twins, but they had different fathers. When Caster was killed, his father begged Zeus (Pollux’s father) to grant them immortality.

The god, Zeus, sent them into the night sky to be together forever. The brightest stars in this constellation are Castor and Pollux and are part of the head of the twins.

Here is a video talking about the legend of Gemini the Twins (Castor and Pollux), and how to find it easily in the night sky. 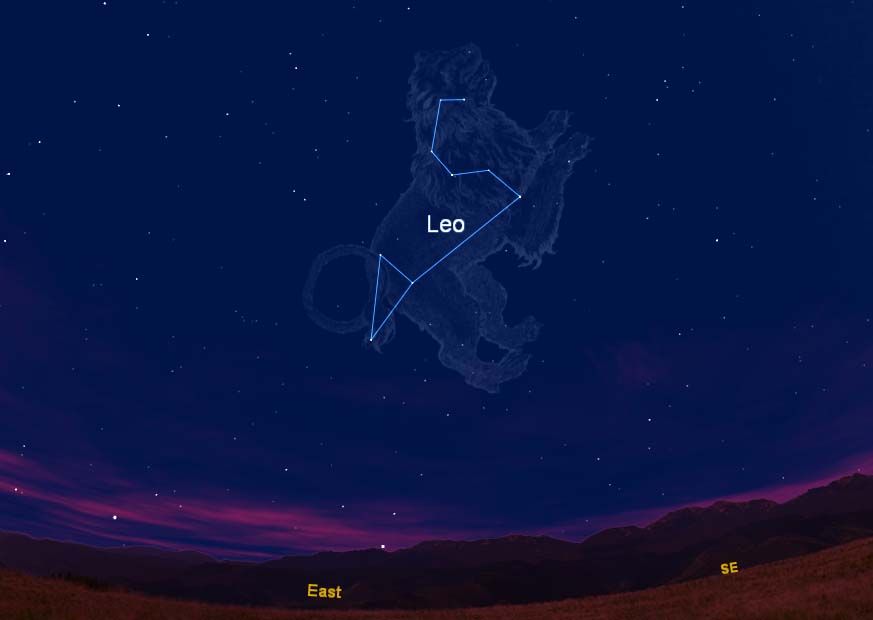 This is a good constellation to find in the spring. It’s easy to identify in April or May especially. Those looking for Leo will start by looking for a backwards question mark in the sky.

It’s a distinctive pattern that makes it a simple one for beginning astronomers. The bottom of the pattern is marked by Regulus.

Leo is easiest to find when you can hop there from the Big Dipper. Find the Big Dipper and use that as a starting point to see Leo.

When the two outer stars are found, drawing an imaginary line from them towards Polaris will help you find the North Star. In the other direction, you’ll see Leo, The Lion. 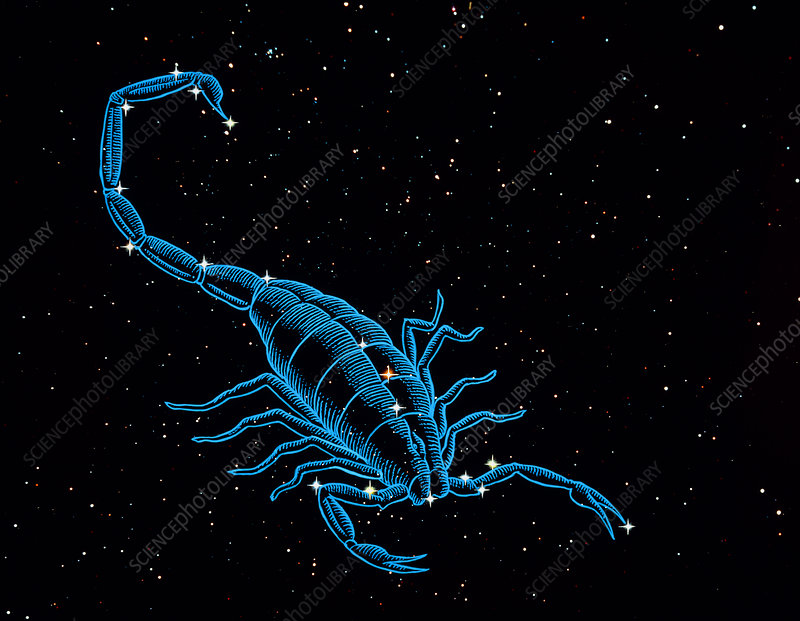 This is a constellation that’s seen best in the summer. It’s said that during a fight, Zeus was impressed with the fighting scorpion and lifted the fighter into the sky as a reward. It seems Zeus uses this tactic constantly as a reward in Greek Mythology!

One of the brightest stars in the sky around this location is Antares. It makes the constellation easy to spot because of this reddish star. It’s confused with Mars occasionally because of its color and brightness.

You can see Antares in a location that’s close to the heart of the Scorpion, which should make it easy to find.

There are more constellations in the night sky than the ones listed here. To really learn where all the constellations are, you’ll need a reference while you’re looking through your telescope.

You can plan on what stars and constellations to view each night based on the time of the year. It’s a slow process that will take time and patience. It’s a great activity to learn and share with your children, too.

Here are some additional resources for finding other constellations.

This video shows how to find Orion in the night sky.

More Astronomy Articles From Us!

A Beginners Guide To Setting Up A Telescope

3 thoughts on “How to Identify Constellations in the Night Sky”