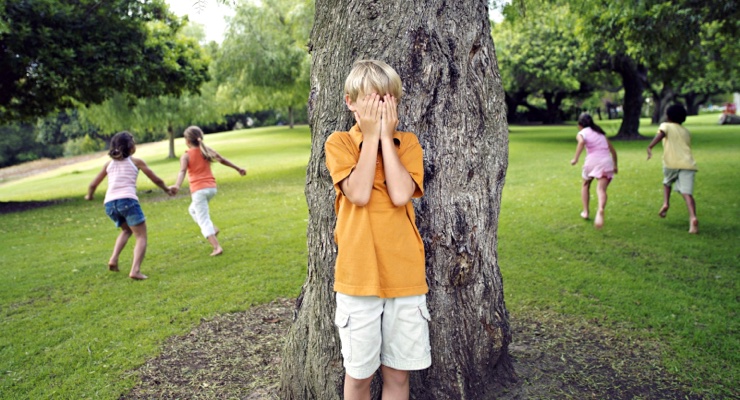 Hide and Seek is a game most if not all of us can remember from our childhoods, and it is a game that we likely passed onto our children.

This classic children’s game has been around for centuries and remains a favourite, for the simple reasons that it requires few players, uses neither tools nor props, and facilitates physical activity while piquing the innate hunter curiosity engrained in children as they explore their world and learn survival skills through both communicating, hiding and finding exactly what they are looking for.

Additionally, it is very easy to play, provided the children are in a place with ample and sufficient hiding possibilities. There are not many rules and there is no time limit. This ease of pressure also makes it inviting for children. 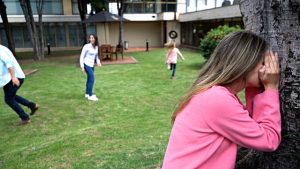 Rules: There are few rules other than the basic point of the game, which singles out a seeker, known as “it,” while the other players find hiding spots. The seeker counts aloud to a number previously agreed upon by all players so they know how much time they have to hide.

This in turn allows them to venture to an appropriate distance and situate themselves before the seeker finishes counting. For example, if playing in a house the seeker may count to 40 or 50 while in a smaller space the seeker may count to 20. The usual speech goes like this: “One, two, three…twenty. Ready or not, here I come!” It is very important to tradition that the seeker say “Here I come” to let the other players know their time is up.

The seeker must close their eyes and often is required to face a wall away from the players. While the seeker counts, the other players look for hiding places and once they are positioned, they cannot move. The seeker finishes counting and the hiding players stay quiet as possible until they are found. They are not allowed to change hiding places once the seeker has finished counting.

Hide and seek is a long favoured game as it requires nothing but the players, takes no time at all to set up and makes use of several skills including counting (some seekers may count in intervals: for example, five, ten, fifteen, twenty…ninety-five, 100), the ability to remain silent, base animal instincts like observational skills for hunting or finding a target.

The player found last wins the game and becomes the seeker for the next round. This game is also favoured as it gives everyone an equal chance at winning and playing different roles in the game.

Sometimes there is a home base, where the seeker will have counted. If the seeker has not found the players in a certain amount of time, then the hiding players may run to home base before the seeker catches them, and this renders them safe. If a player is tagged while running to home base, they become the next seeker.

This game has been around for centuries as we mentioned. Even in shakespeare’s writings we see references to a child’s game of hide and seek. Footraces, tag and the like have been around long as people have had legs. The Encyclopaedia of Play in Today’s

Society traces this game all the way back to 200 years Before Common Era (200 B.C.). One can feasibly argue the game of hide and seek is as old as survival itself, for it feeds into the very notions and roles of predator and prey, while giving the seeker the thrill of the hunt and the concealed players the thrill of successfully evading a predator.

Olly olly oxen free is a phrase typically used in these games where the seeker yells out, “Olly olly oxen free!” to let the remaining hidden players they can come out or back to the home base without being caught; they are free and won’t be tagged. 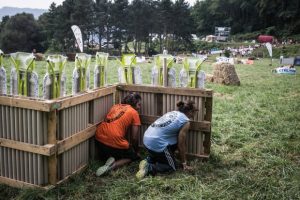 Sardines is like hide and seek but rather the opposite: one player hides while the others try to find them. When one player finds the hidden person, they join them in hiding. Each player who finds the hidden players joins them, until they look like packed sardines in a tin box.

Ghost in the Graveyard

Ghost in the Graveyard is another variation of hide and seek that is played at night in the dark. It employs three or more players in an outdoor area. The ghost is the person hiding, and the other players try to find them. The player who finds the ghost yells “ghost in the graveyard!”