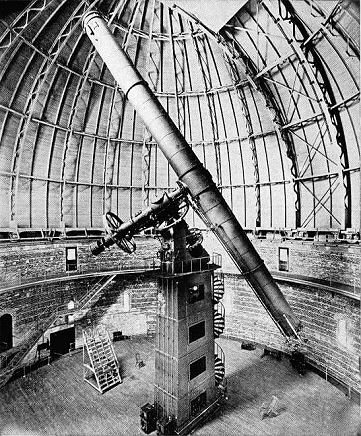 The refracting telescope is a type of optical telescope that is also referred to as a dioptric scope. If you’ve ever seen a spy glass, it’s the same concept used for refractors.

Refracting telescopes were invented in the 19th century. They were the earliest ones invented for seeing huge distances. They were seen for the first time in approximately 1608.

While they were invented in 1608, Galileo was the first to introduce his version to the public in 1609, so he’s credited with a version called the Galilean telescope. It used a convergent objective lens and a divergent eyepiece to get an upright image.

At the time, it was only able to magnify objects up to 30 times. Even at that magnification, images were warped and blurry. He was still able to see Venus, the Moon, and the moons around Jupiter. 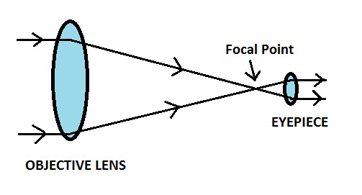 How Does a Refracting Telescope Work

The refracting telescope bends light with lenses. That’s the basic way that the refractor works, but there’s obviously more to it than that. There are two lenses in the refractor telescope. One is at the end of the tube while the other is in the eyepiece.

The large lens at the end of the tube brings light into the tube. This is the objective lens. It’ll create a real image of the object being studied. In the tube, the real image is formed.

The magnification happens in the eyepiece lens. That lens takes the real image and magnifies it for your viewing.

This video explains the process in a simplified manner that everyone can understand.

If you think about your own eyes, there’s a reason you can’t see images or read writing from very far away. The lens (your retina) is too small to allow in the right amount of light.

If you were able to expand the size of your retina, you’d be able to bring in more light for smaller images with more detail. 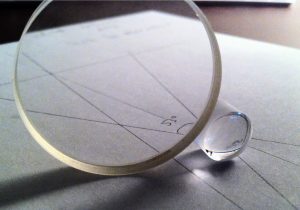 Factors for a Quality Telescope

There are a few factors that will influence the sharpness of the image and the magnification.

Quality of the Lens – When you have a quality lens, you’ll have a quality image. A lens that is poor quality will have imperfections and weird warping that will create distorted images. There’s no real way to fix a lens problem without buying a better lens.

If we go back to the idea of what a telescope does, which is collect light, the two things that really impact an image is the amount of light collected in one end of the tube, and how much the other lens magnifies the image.

This makes the aperture and the lens magnification two of the more important features to consider when purchasing a refractor.

Although, those are important, they’re not the only considerations for a refractor telescope.

The magnification is influenced by the size of the real image produced by the other end of the telescope. This is a feature of focal length. The focal length is measured by the light collected through the aperture.

While refractors can be great telescopes for a beginner, they have some technical issues. These are just a few of the potential issues a refractor telescope can have.

When you have a small lens, you’re not able to get a clear image for magnification. You might think that a high magnification will make the image clearer, but as mentioned previously, it’s the amount of light in the objective lens that influences the light.

A large lens has its own problems and issues. The lenses with large apertures can have an issue with lens sag. The lens is held by its edge, which leads to a sag in the middle because of gravity. Lens sag can distort the image being captured.

While they do have some issues, they’re a good way for beginner astronomers to see the night sky. There are some large examples of refracting telescopes around the world like the Yerkes Observatory with its 40-inch refractor. 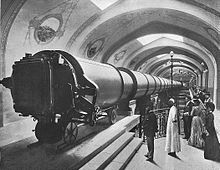 The Great Paris Telescope of 1900

The largest ever refracting telescope was constructed in Paris for exhibition in 1900. It was too large to be aimed at the night sky.

It couldn’t be sold after its year-long exhibition, so it had to be broken down for scrap. Although, the lenses are still at the Paris Observatory.

Refractor telescopes use two lenses; one for light collection and one for magnification. They’re often easier to maintain than other kinds of telescopes.

In larger telescopes, it’s hard to get lenses that work well. They’re not often used on a large scale by professional astronomers and scientists, but they are great for amateurs.

More Articles From Us