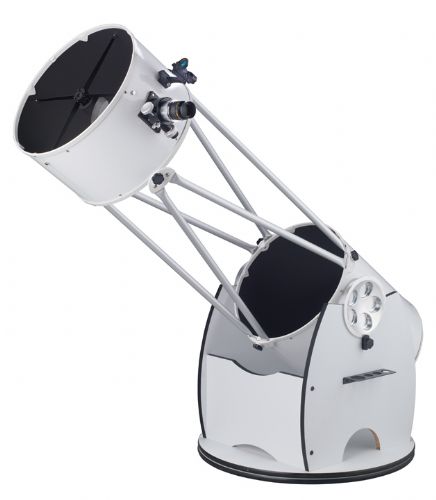 The Dobsonian is based on the design of a Newtonian telescope. It has a primary and secondary mirror for reflecting an image while making it larger or smaller to the viewer’s eye.

The Dobsonian is a Newtonian on a base designed by a man named John Dobson. 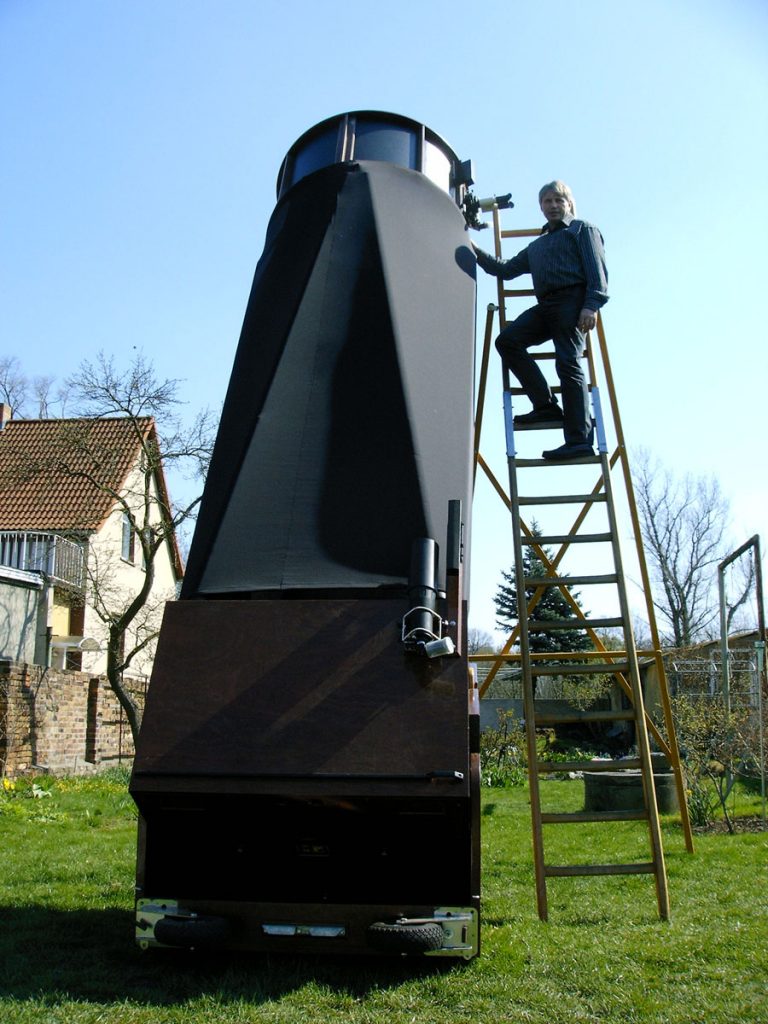 The Dobsonian was credited to Dobson in 1965, but he continues to deny that he came up with the concept. It’s been a fluid design for years before that.

He was the one who brought it to light with his sidewalk astronomy shows. 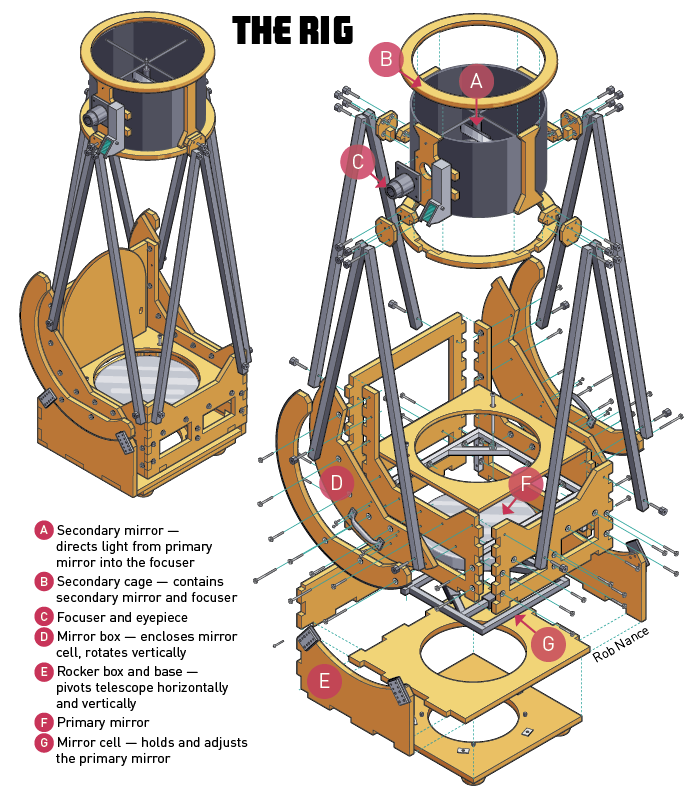 The Dobsonian set up allows amateurs to get bigger and better mirrors, which aid in seeing items deeper in space.

In fact, many amateurs who are more experienced will often build their own Dobsonian based on their needs and personal specifications.

For most people, purchasing one is the first step to seeing planets, galaxies, and distant stars.

What Kind of Mirrors Does This Telescope Have?

This kind of telescope will have the same type of mirrors as the Newtonian reflector. There will be an open end of the telescope where the light will enter the scope.

At the bottom of the telescope, there will be a main mirror. This primary mirror is the one that will gather all the light that has entered the tube.

The size of the mirror is what dictates the size of the telescope itself. When someone has a 12-inch or a 16-inch Dobsonian, that’s a measurement of the primary mirror at the bottom of the tube.

The tube’s length is in direct proportion to the size of the mirror. Larger mirrors require more light to enter the tube, too.

The mirrors of the Dob will need to be collimated to be sure they’re always aligned properly. Usually when they come from the manufacturer, they only need slight adjustments.

Over time, you’ll need to learn to collimate the mirrors. That means to adjust them properly, so there’s no warped images. 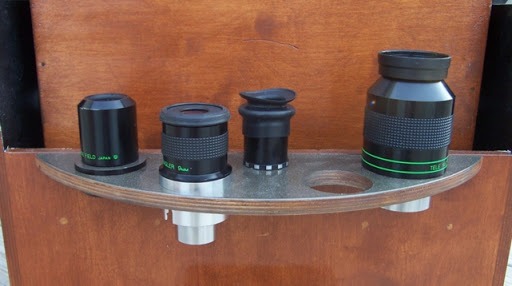 Eyepieces for the Dobsonian

The eyepiece you use for a Dobsonian is the same type used on a Newtonian. It’ll be pointed at the secondary mirror.

It’ll allow better focusing, but the light itself and the mirrors will be the deciding factor in how much of an object you’ll be able to see.

Let’s Talk About the Mount

The mount is what distinguishes the Dobsonian from the Newtonian. The Dobsonian mount is always a simple, alt-azimuth mount.

That was the basic lesson from Dobson, who wanted to bring affordable telescopes to everyone on the streets.

He started making his own using mirrors he ground himself as well as mounts he created from scrap materials.

The mount has simple controls that will move the telescope tube horizontally or vertically.

It’s a simple two-axis mount that moves smoothly to center objects in the mirrors. Dobsonian made his from handles that would balance and move the mount very easily. 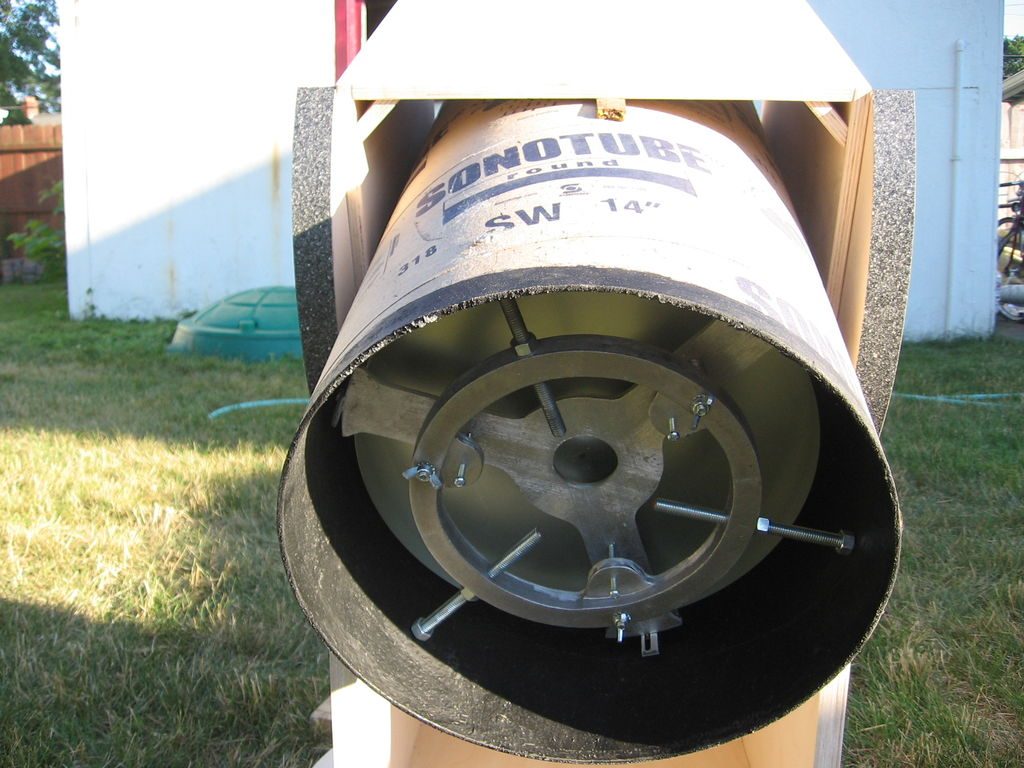 How is the Dobsonian Set Up?

The Dob is set up quite simply. The tube is attached to the mount with a few screws.

It’s important that the screws are not tightened excessively since that will stop the smooth movement of the base.

The mount works within a certain balance between the weight of the tube and the strength of the base. You’ll want to make sure that it’s tightened enough to be smooth.

There will likely be a finder scope that has to be attached. This will help you locate objects in the sky.

Otherwise, you can swing the telescope around in the sky to find the object you want to view. Either way, it’s exciting to see everything space has to offer. 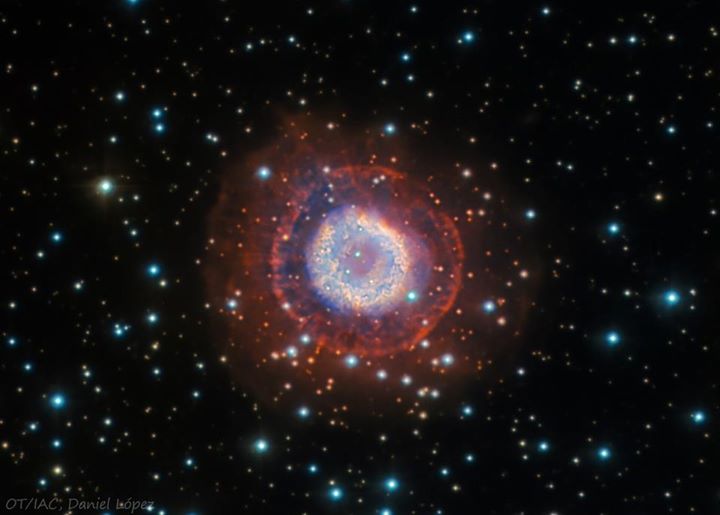 The Objects Seen With a Dobsonian

Once you move from an 8 inch telescope, you’re moving in a realm where you’ll be able to see deep-sky objects. Those are stars and galaxies beyond our Solar System.

Objects like clusters of stars in deep space are hard to discern with a small telescope, but you’ll be able to see some objects.

With a big enough telescope, maybe you could even see something like this. It’s a planetary nebula about 3,000 light-years from us. It’s in a region known as M46.

A Dobsonian telescope works exactly like a Newtonian telescope in that it has mirrors that can be aligned to view objects. The light entering the tube is what gives you sharp images of objects very far away.

If you plan on setting up a Dob in your backyard, you should go for as large of a telescope as you can. That will dictate the size of the mirrors.

If you plan on moving the telescope’s location frequently, find one that is easy to transport. A 16-inch telescope will see a lot in the night sky, but you won’t be able to drag it around to other locations.

More From our Site

How Does a Newtonian Telescope Work?