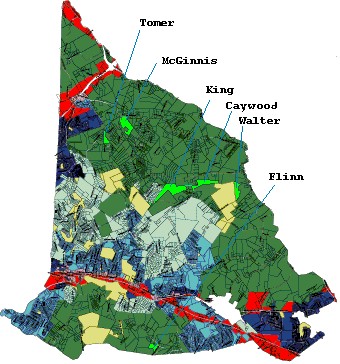 Daily life in our modern world is seldom described as a peaceful one. From never-ending traffic gridlock to mandatory unpaid overtime, it almost seems as if natural bodily functions such as breathing or sleeping are luxuries we cannot afford.

To anyone existing in this state of perpetual motion and commotion, it is hard to imagine a person, much less a group of people, taking on any more additional responsibilities than those which are absolutely necessary.

Actively defying the notion that there is a limit to what can be accomplished in twenty-four hours, an organization based out of Murrysville, Pennsylvania has been doing just that for over twenty-seven years and grows stronger with every passing day.

This group of outstanding volunteers fighting for the ongoing preservation of western Pennsylvania is known as the Westmoreland Conservancy. Between maintaining current properties and providing the community of Murrysville with access to clean, safe greenspace and any environmental information they could ever ask for.

A Force of Nature, Free of Charge

“Given that we are an all-volunteer land trust, we tend to do things a bit differently from the big guys” says Shelly Tichy, current President of the Westmoreland Conservancy. “Our meetings are mainly in the evenings, after work or on the weekends when people aren’t working, so we have somewhat of a different perspective and manner in which we go about our business.”

Indeed, for the entirety of the group’s time together as a 501 (c)(3) non-profit organization, every member has willingly provided their strength and effort knowing full well that a heavy wallet will not be a result of their labor. One might speculate that a volunteer organization tasked with such a daunting amount of work and responsibility may not last in 2018.

While some have succumbed to the pressures of time and money, this is not the case for the Westmoreland Conservancy. “I think we’re still very effective. In fact, we’re experiencing something of a growth spurt right now” says Tichy, of her organization’s current actions and efforts.

Hometown Help for a Lasting Cause

“In 1991, there was a fifty-six acre farm, situated in the center of one of the most densely populated areas of Murrysville” says Tichy of the organization’s history. “The farmland was being targeted by a developer, and Lillian Kellman, the elderly lady who owned the farm, couldn’t afford upkeep of the land, so it was a very real potential for urban development.”

As tight-knit, small communities are prone to doing, the people of Murrysville came together to form the Westmoreland Conservancy. With the help of the municipality, individual volunteers and local business owners, the newly formed conservancy raised over $345,000 over two years.

This money was used to purchase and maintain the land which, while owned by the municipality of Murrysville, is currently maintained by the Westmoreland Conservancy to this day. “Since then, we have acquired eight additional properties that amount to four hundred and forty four acres. So our total amount of land protected at this moment is 500 acres, 444 acres of which we own.”

While the group has historically stayed within the boundaries of Murrysville, Tichy states that the Westmoreland Conservancy intends to expand into new territory in the near future. “The projects on the horizon right now aren’t in Murrysville, they’re in surrounding municipalities and townships. At the moment, we’ve got a bunch of irons in the fire that will be used to help us expand.” 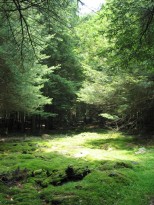 One such “iron” that Tichy refers to is the Morosini Reserve. Still in the process of being integrated into the Westmoreland Conservancy, the Morosini Reserve is a 183 acre farm, whose history has been researched all the way back to 1000 A.D. The land was originally home to a village inhabited by Native American peoples and later, European settlers.

Since it is was farmland at one point in the near past, the property is the least wooded of all land owned by the Westmoreland Conservancy. The makeup of the land offers the organization a unique opportunity that when completed will be welcomed by the community at large.

“We are turning what was historically a farm road into what is known as a universal pedestrian trail” exclaims Tichy. “The trail will allow for walkers, strollers and wheelchairs, barring only motorized accessibility. We have accessible parks, but we don’t have an accessible nature reserve, so we want to at least create aspects of an accessible reserve on this property.” The universal trail will be an ongoing project that the group plans to work on throughout the summer.

With a sterling reputation among the Murrysville community and the Pittsburgh area overall, the Westmoreland Conservancy is not short on support, emotional, physical or otherwise. However, in spite of the group’s ongoing success, challenges still arise. “One of our biggest issues is time, because as a volunteer organization, all of us are otherwise employed” Tichy says, in regards to the Conservancy.

“It does require that we use nights, evenings and weekends for work. We’ve got things going on all the time, so it’s finding the time to work on Conservancy issues in between workdays and vacations that can be a challenge, sometimes.” Despite the challenges faced by a group that is comprised entirely of volunteers, members of the Westmoreland Conservancy are committed, seemingly in perpetuity, to the continued welfare of the organization.

Tichy says it best, saying that the Conservancy “is something that I’m very passionate about, so it’s worth that extra time. We’re not creating more land in this world, so we’ve go to protect what we have. Sometimes, it just takes more time to do this than anybody really realizes.” 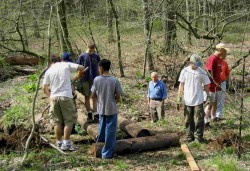 The Westmoreland Conservancy is located at 1 Priority Lane, #446 Murrysville, PA 15668. They can be contacted via email at contact@westmorelandconservancy.org