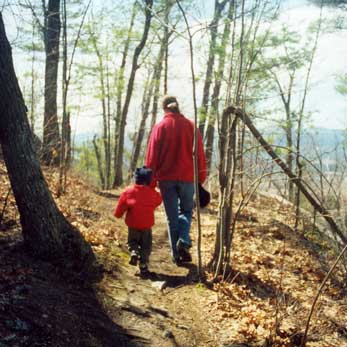 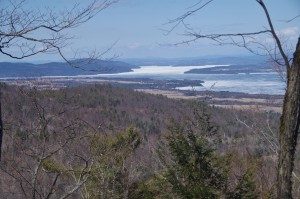 The picturesque landscape of New York’s Adirondack Park is a visual wonder to behold, no matter the season. Sporting rolling hills, lush forests and bountiful farmland, the park is located in the northern area of the state and boasts a plethora of smaller parks, conservancies and land trusts within it. Champlain Valley is one such section of this beautiful land, located in the eastern reaches of the Adirondack Park. Hailed by many as a home for unique flora and fauna, breathtaking views and tranquil hiking trails, the Champlain Valley is tended to by Champlain Area Trails (CATS), devoted conservationists who’ve helped the valley stay green and strong.

Two Guys and a Dream 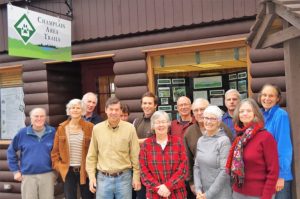 Champlain Area Trails is the kind of organization which proves by example that you do not have to be the oldest, biggest or richest in order to make a significant difference in your community. The brainchild of two local men, Bruce Klink and Steven Kellogg, the formation of CATS occurred due to the need for protection of local land and public access to the land which surrounds their local communities.

Starting in 2006, the two men gathered together a group of passionate, like-minded citizens and with a little inspiration and a lot of effort, CATS became a 501 (c) 3 not-for-profit organization in early 2009. In 2011, the group became a full-fledged land trust, capable of independent operation. With their increased capabilities, CATS has worked steadily since that point in order to further its core goals: connecting people with nature, promoting economic vitality and creating trails which physically connect communities throughout the state of New York to one another.

Putting the Champ in Champlian 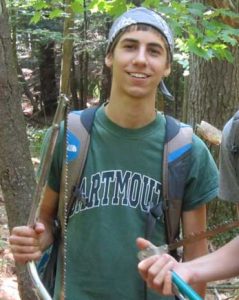 CATS has made noticeable progress since their debut as a land trust eight years ago. In less than a decade, the conservancy has played a crucial role in the the creation of more than forty-five miles of trails, conserved just over one thousand acres of farm and woodland with assistance from partner organizations, and secured six hundred acres of land through grants, the dedicated labor of its members and ongoing communal support. In addition to these already impressive feats, the group has conserved eight properties through their Champlain Valley Conservation Partnership Project. A short description of four of these exquisite natural endeavors are included below:

Johnson Family Farm and Forest: A conservation easement donated to CATS in 2011, the project marked the group’s first step into the wild world of land protection as a fully certified non-profit organization. Donated to the land trust by Ray Johnson and his wife Lola, the seventy-seven acre parcel of land exists as a diverse combination of farm, forest and wetland, as well as a portion of a tributary creek of the Great Chazy River.

Wildway Passage/Beaver Bend Properties: An amalgamation of a 12 acre Essex property and an 87 acre Westport one, the land was purchased from the Lewis Family Farm in March of 2013. With many hiking trails running through it, the land remains essential to the continued health of local wildlife, while also connecting the Adirondacks to Lake Champlain. Comprised of aging, semi-wooden farmland, this 99 acre property also hosts a riverside forest and riparian wildlife habitat.

Duca Conservation Project: One of CATS’ most recent acquisitions, this conservation easement is over 122.9 acres large and was purchased by CATS in the spring of 2016. Part of the Split Rock Wildway project, it connects a number of local conservation areas to the Adirondack Mountains. Geographically, the property consists of a sizable field, and small waterway running through a large amount woodland. Further trail related developments are expected to occur within this conservation area.

DeNeale Property/Essex Highlands: Active farmland, rich, green forests and awe-inspiring views are what go into this 319 acre property, a conservation easement donated to CATS by Leanna and Dick DeNeale. Acquired at the end of 2012, the property is part of ongoing trail projects which aim to properly portray the area in all of its natural beauty. The geography of the park is legendary among locals, named the “Highlands” due to the views observed by travelers on the Essex Ferry. 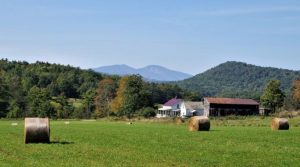 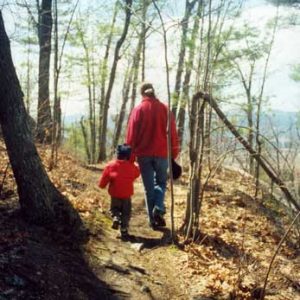 With just under fifty miles of trail systems to traverse, the twisting expanse of paths maintained by the staff and volunteers of Champlain Area Trails is truly massive. With so much property to explore, free of charge, CATS has created an opportunity specifically for those individuals who regularly trek the trails. If one is so inclined, the opportunity to “adopt” a trail exists. An honest, meaningful endeavor, the duties of a trail adopter are limited to walking the length of their trail on a regular basis, while performing basic maintenance as needed. Such duties include clearing the trail of debris and litter, ensuring existing flora does not block the trail, and fixing/reporting damaged portions of the trail such as ditches or bridges. Tools for doing so are readily available on hand if need be. Additional duties include a monthly progress report on the trial, in addition to becoming a trail ambassador, which involves engaging other hikers and informing them of your duties/ what CATS is all about. Further information about this unique program can be acquired by calling 518-962-2287. 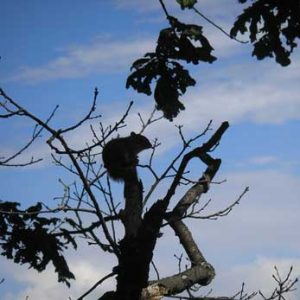