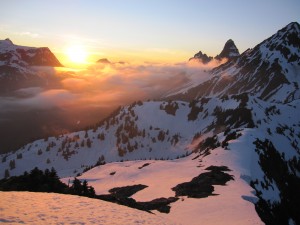 If it is observed in this world of ours that something isn’t being done right, few people these days will suggest that you fix it yourself. To swim against the current, to go out on a limb, most would rather play it safe when adversity rears its ugly head. Throughout history however, we have had a number of notable individuals rise to the occasion in order to defend that place, people or object which they hold dear.

In the state of Washington, a volunteer organization of incredibly dedicated individuals exists for the purpose of protecting the precious flora and fauna which calls the mountainous regions of the North Cascades its home. The North Cascades Conservation Council has, is, and will continue to be known as protectors of nature, first and foremost.

A History of Dedication 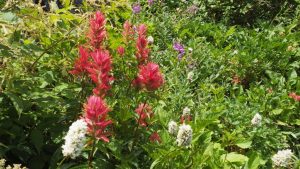 “The N3C was formed in 1957, with a specific goal of protecting the lands of the North Cascades in the form of a national park” said Tom Hammond, current President of the North Cascades Conservation Council. “There was nobody specifically focused on this area of northwest Washington, so a number of conservation greats convinced the newly formed council that their focus had to be one targeted to this specific area, and thus formed our mission that continues to this day.” Staying loyal to the ideal of preserving nature above all else is one of the many ways in which the N3C differentiates itself from many of the larger nature conservancies and organizations. While other, larger conservation groups are beginning to shift their focus for the lands under their protection into more of a recreational light, the N3C maintains its’ vision of the North Cascades as an ecosystem free, for the most part, from human interference. The organization is over four hundred people strong and entirely volunteer run, which means, according to Hammond that “we are not beholden to any deals being cut in back rooms. We are not as subject to compromise as big national societies, and as such, we can actually focus on issues on the ground. Because we are an all volunteer organization, we can advocate for these issues without fear of retribution.”

A Legacy of Mountainous Proportions 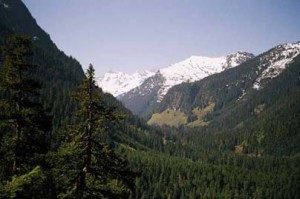 In America, as well as every other part of the world which plays host to these natural wonders, mountains serve as both exciting inspiration and intimidating challenge. So too do the mountainous regions within the North Cascades provide both positive and challenging aspects to those individuals who work to preserve them. One of these challenges was the reorganization of the park’s somewhat scattered boarders. Enter the N3C, and their expertly-crafted solution. “The American Alps Legacy project began about eight years ago” says Hammond. “It was initiated in order to attempt to reorganize the park into a more watershed and ecosystem oriented landscape, to make the park follow the natural guidelines put there naturally by water and the forces of gravity.” Keeping with the theme of development in the name of the natural world, the N3C have ambitious views for this swath of jutting rock, flowing river and dense forest.

First and foremost is the continued preservation of the region’s native ecosystem, along with actively protesting activities which might bring harm to the area’s plants and wildlife, such as logging, mining or energy production. Secondly the N3C wishes to promote ecologically sensitive interaction within this environment, promoting such activities as hiking, cycling or even skiiing, in the wintertime. The perpetual attraction of environmentally-conscious minds young and old is important for the future and protection of the North Cascades.

Allies of the Earth 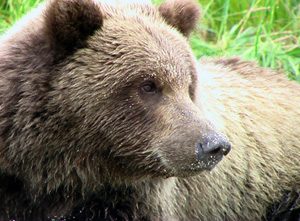 One instance of the North Cascades Conservation Council staying true to its morals in the face of adversity was the Suiattle River Road. An aging roadway located right next to a river teaming with aquatic life, there was concern among the volunteer staff of the N3C that portions of the road would wash out in the near future, causing damage to salmon spawning grounds. “We suggested that the road be closed back a few miles, and that caused a lot of people to get upset with us.” The logic behind the closing of a section of the road was, aside from the obvious environmental damage, that the money required to fix the road would be needlessly strenuous on tax payers.

Rebels With A Cause 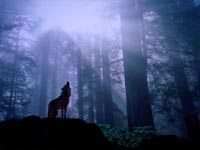 “A lot of conservation efforts these days are geared toward enabling human recreation. Instead of being focused on plants, wildlife and ecosystems, a lot of groups seem to be trying to make the wilderness for people, which typically revolves around recreation.” Hammond feels as if these other organizations, while professing to put nature first, merely use conservation as a vehicle to entertain potential visitors. If a potential new development appears to infringe upon the tranquility of any part of the North Cascades National Park or other land protected by the N3C, the group’s volunteers will be among the first taking up metaphorical arms against the threat. “We will not advocate to reopen two miles of road. In fact, we will push for that road to be closed. This could lead to the extension of a trail, the whole reason most people visit the area in the first place-to hike and explore, not drive.”

“We are a very principle-bound organization. A lot of times, this offends and irritates other “sister organizations”” says Hammond, of the N3C’s steady commitment to the ideals which have defined the organization through the decades. Hammond takes pride in the way the North Cascades Conservation Council has and continues to operate, even if the path the N3C walks inadvertently alienates other groups. Hammond quoted Stuart Brandborg, a recently deceased environmentalist and leader at Wilderness Watch, an organization with similar views to the N3C; that “we must resist the fuzzy, fuzzy never-land of collaboration”. While N3C regularly works with sister organizations, it is with the express understanding a given initiative is eco-system oriented. To be clear, the N3C is in favor of people interacting with the natural world, but in a significantly toned-down, respectful way than most larger environmental conservancies in the area promote. Strongly rooted values in traditional conservation methods and ethics are what continue to drive the organization forward, even in the face of a world where humanity seems to be forever putting itself first.

The North Cascades Conservation Council  http://www.northcascades.org/wordpress/ is located in Seattle, Washington. They can be contacted via email at ncccinfo@northcascades.org or by telephone at 206-232-8882.