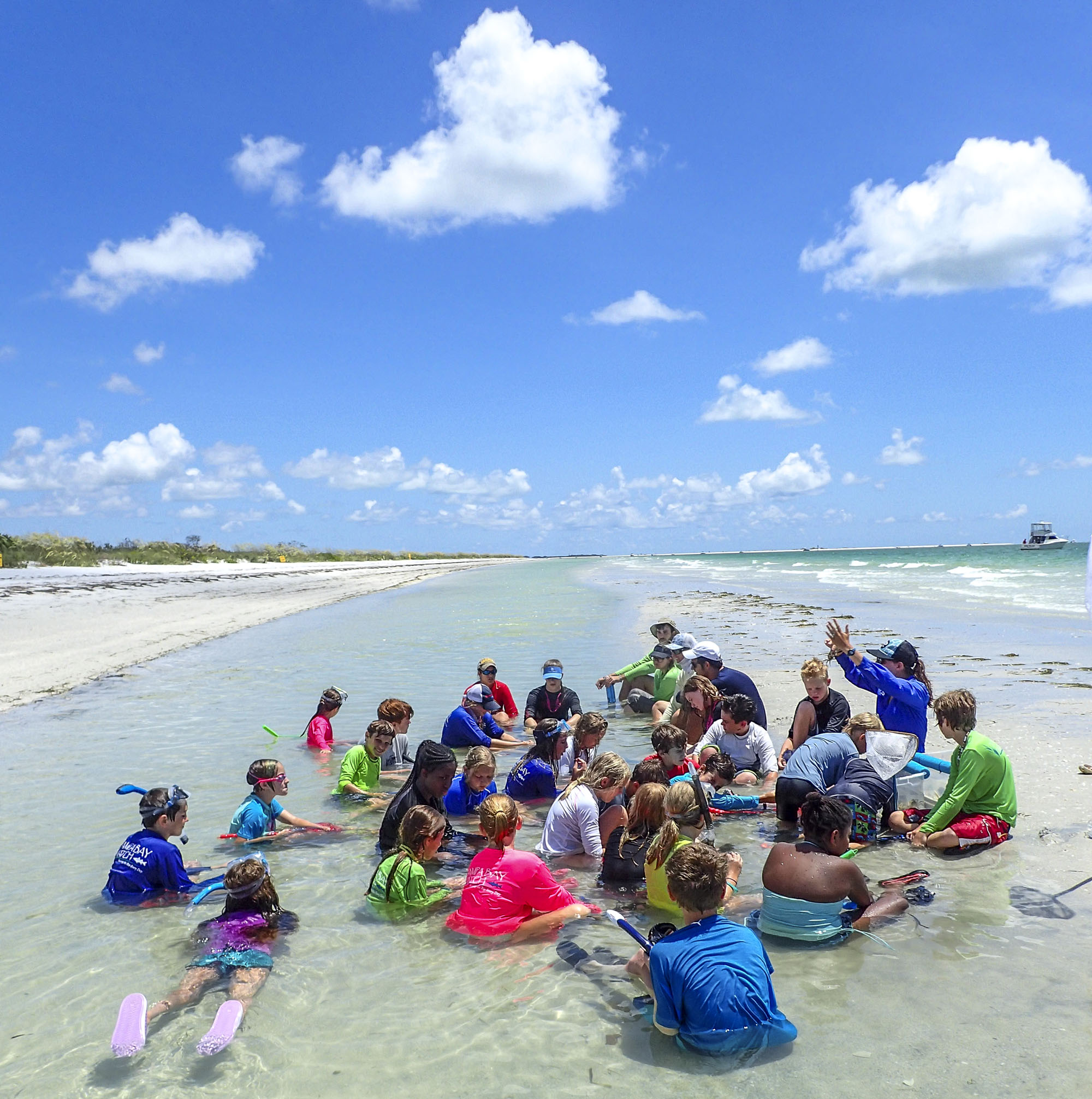 The planet Earth plays host to seemingly endless stretches of tundra, desert, jungle and mountain ranges. However, one may occasionally forget that nearly three-quarters of the sun’s third planet is covered in water.

As creatures that have evolved from, adapted to and currently live most of their lives on stretches of urban, sub-urban and rural land, the human race as a collective unit seems to regard the globe’s aquatic expanses as simply existing around us.

In reality, the oceans, lakes, rivers and various smaller water bodies are an integral part of who we are as a species.

Among the many organizations within the United States of America who recognize the importance of water, and the constant need to protect and restore it, few seem to embody this conviction more than the Tampa Bay Watch.

Their ongoing stance on preservation, conservation and education in relation to the Tampa Bay estuary is nothing short of astounding, a truly marvellous sight to “sea”. 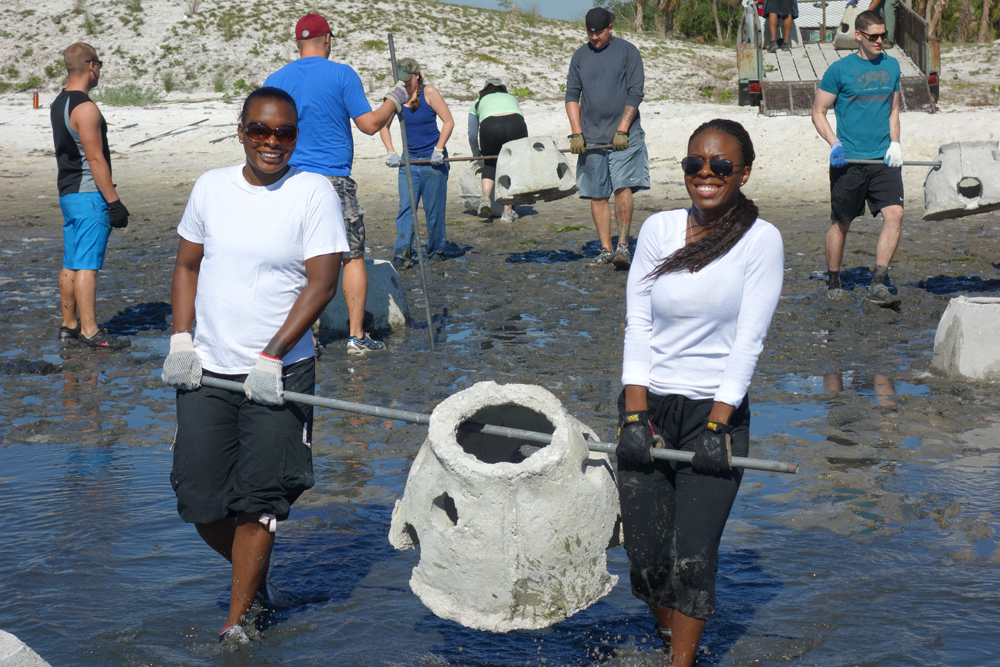 The Tampa Test of Time

The Tampa Bay Watch began as a 501 (c)(3) non-profit organization in 1993. Organized, planned and set in motion by the group’s founder, Peter A. Clark, the TBW has long been a beacon of environmental hope and knowledge for the local community, as well as any person or group interested in marine life, be it aquatic flora or fauna.

The Tampa Bay Watch’s ongoing primary mission has of course been the protection and restoration of the Tampa Bay, a daunting objective, yet one the organization has embraced with arms wide open.

Taking care of such an area is no easy task, but is accomplished, piece by piece, via the unparalleled support of Tampa Bay’s volunteer community.

Numbering in the thousands and ranging in age from elementary school students to senior citizens, volunteers from all walks of life repeatedly report to the Tampa Bay Watch when environmentally sensitive preservative or restorative work needs to be accomplished. 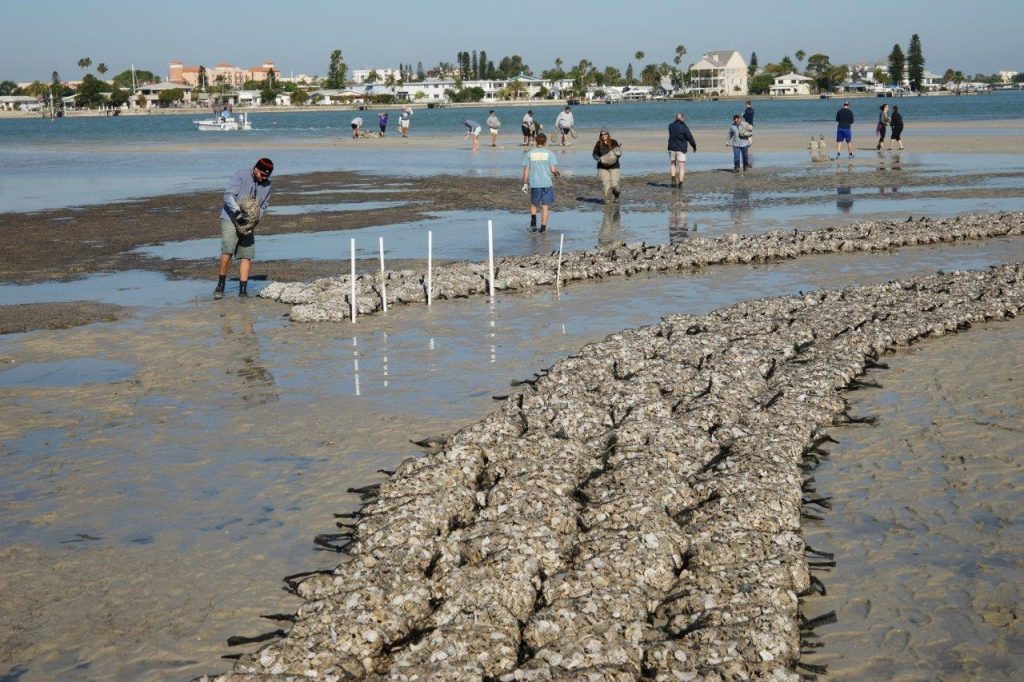 Shelling Out Time to Save the Oysters

An expansive organization with numerous focuses, one of the TBW’s top restorative projects is building/maintaining habitats for Tampa Bay’s oyster population.

Officially known as the Community Oyster Reef Enhancement program (CORE), the Tampa Bay Watch has been successful in installing two types of artificial habitats which cater to the obsidian-shelled organisms: the Oyster Dome, and the Oyster Shell Bar.

It should be noted that oysters naturally assist in water clarity and filtration, improving the living conditions of nearly every living thing which exists as part of the immediate ecosystem.

The Oyster Dome, or Reef Ball as it is officially called, is a twenty-four by eighteen inch tall, one hundred pound concrete structure with a porous, rough surface.

When placed along a coastline such as that of the Tampa Bay, these man-made structures provide the oyster population a stable surface to eat, grow, and multiply on.

Not only oysters benefit from these aquatic domes, however. Numerous species of fish and crustaceans use the domes as a living space that shelters them from rough currents and predators too large to fit inside.

Built with the intent of mimicking the structure and stability of a reef, the Oyster Shell Bar is a popular tool used to assist in the strengthening of the Tampa Bay region’s oyster population, and beyond. Comprised of eco-friendly mesh bags filled with fossilized shell fragments, volunteers will proceed to place the bags along a desired area of coastline.

These artificial reefs, in addition to being a popular choice by other small water-dwelling creatures for a home, assist in the overall stabilization of the shoreline they are placed on. 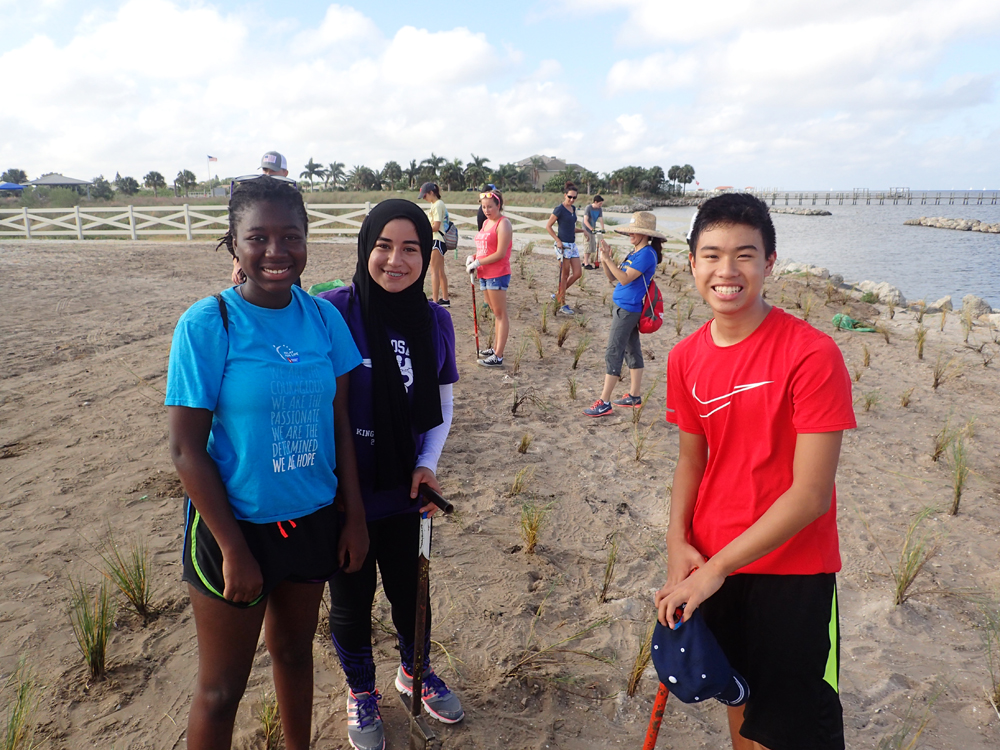 Similarly to the CORE program, the Tampa Bay Watch is similarly concerned with the restoration of Tampa Bay’s salt marsh.

What appears to be merely a simple variant of grass is so much more, as the creation and strengthening of the salt marsh plant directly impacts the health and continued growth of the surrounding Tampa Bay ecosystem.

Salt marshes, according to the TBW, have a proven track record of boosting and maintaining local fish populations by providing a consistent habitat for both fish and the the smaller animals they depend on as a food source.

Salt marshes are also prove to be a useful tool in fighting the erosion of the shoreline, acting as a barrier of sorts against the ocean’s hunger for land.

A salt marsh is a natural filter that assists in removing sedimentary debris from the water, providing a cleaner bay overall.

Thus far, the Tampa Bay Watch and their unwavering volunteer community have successfully planted and protected over 334, 204 plugs of salt marsh, contributing to the restoration of over 294 acres of local Tampa Bay wetland habitat. 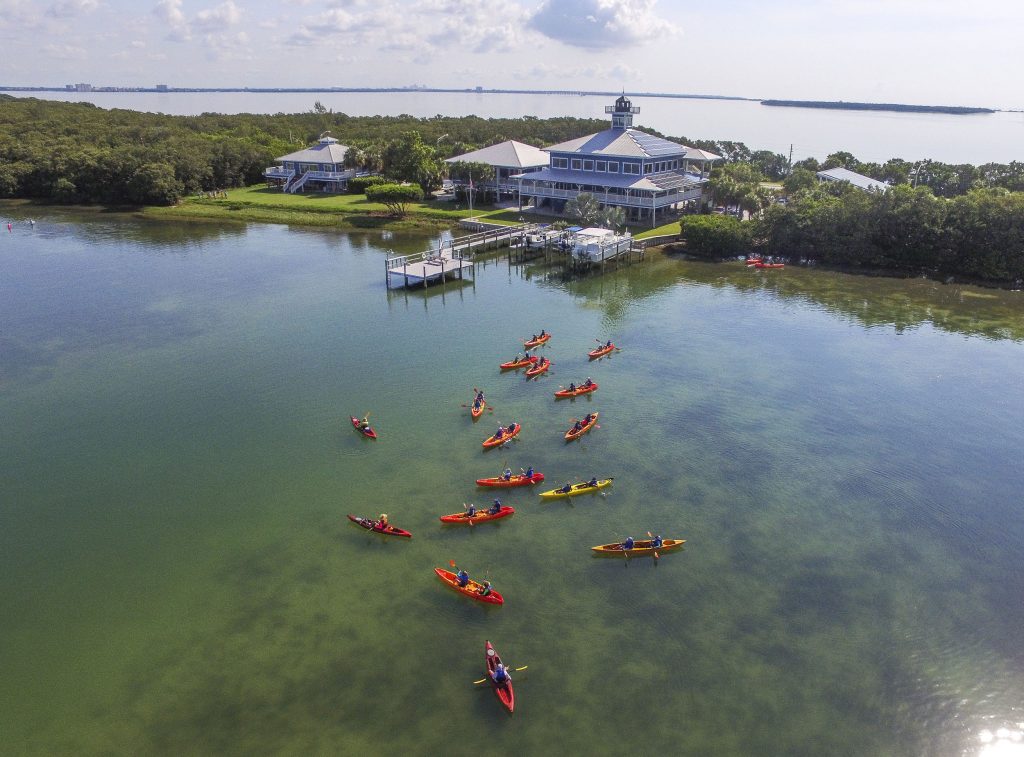 The Tampa Bay Watch’s monitoring and restoration of its seagrass population is yet another way wherein the organization steadfastly works for the improvement of the Tampa Bay estuary.

Within the last century, more than eighty percent of the region’s seagrass population has been eliminated, due to urban coast development and the pollution which accompanies it.

A total of three species of the underwater grass can be found living within the Bay’s waters: Turtle Grass, Manatee Grass, and Shoal Grass.

Typically found in different locations within the bay, these three types of seagrass compete for survival but can occasionally be found at the same water depth, co-existing.

Dependent on sunlight for survival, they cannot exist past a two-meter depth and have suffered massive losses in population density, the lowest recorded point being 21, 500 acres in 1982.

However, the continued efforts of local organizations at the time and later, the Tampa Bay Watch, has helped to nearly double the seagrass population, with nearly 40, 295 healthy green acres existing in the present day.

A successful environmental organization of any variety needs to be aware not only of all of their current projects, promises and achievements, but also of how knowledge will be passed on to future group members and volunteers.

The Tampa Bay Watch in particular has a dedicated group of passionate educators who welcome young people of all ages, backgrounds and locations to engage in an interactive education of the Tampa Bay.

As anyone who has dealt with the younger members of humanity knows, keeping the attention of a child, much less a full class of them, is a notoriously difficult task.

It is for this reason that the minds of the Tampa Bay Watch came together to create the Estuary EDventures program, the perfect combination of play and productivity.

Through interactive lessons ranging from water quality labs to squid dissection, students are exposed to the many creatures which the Tampa Bay plays host to, and how to maintain/protect the delicate balance of the estuary for future generations.

In addition to the Estuary EDventures, the Tampa Bay Watch also offers the Bay Grasses in Classes (BGIC) program.

With a focus on habitat restoration, the program provides knowledge and interactive experience in an outdoor classroom-like environment.

Initiated over twenty years ago, the BGIC program’s objective is the continued restoration of the local salt marsh grasses, with an educational component that provides the tools, both physical and mental, to students in order to help the Bay’s native plants recover and prosper.

Taught by local ecological scientists, students of the BGIC program will gain a comprehensive knowledge of local agriculture, while having the time of their lives doing so.

To contact the organization via email, reach out to Rachel Arndt, the TBW’s communication manager, at rarndt@tampabaywatch.org