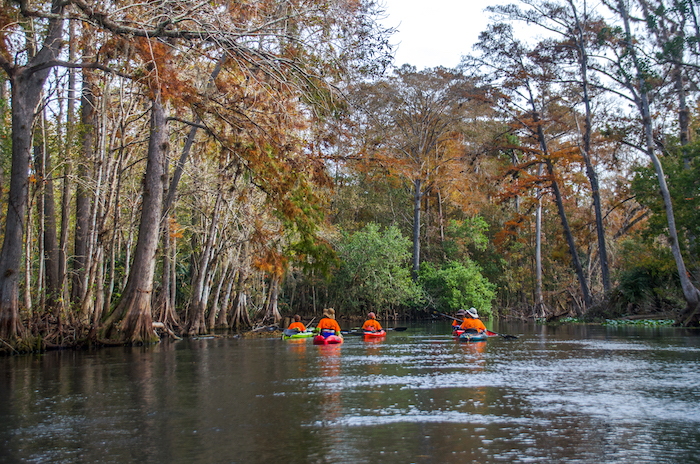 The Ocklawaha River is one of nature’s most fitting examples of power, beauty and community.

A majestic body of water, it plays host to a plethora of flora and fauna which depend on the river’s natural bounty for sustenance, survival and success in life.

From the smallest freshwater fish to the massive manatee, every sentient life which lives life near or in the river naturally does its best to uphold the health and balance of the free flowing aquatic body it recognizes as home.

However, humanity has deemed it necessary to disrupt this geological phenomenon for our own personal gain throughout history, from pollution to man-made disruptions of the river’s journey to the sea.

Not all of humanity is content to sit by and watch the abuse of the river, however. In particular, a group of intrepid Floridians stand out among the rest.

The Florida Defenders of the Environment fight for the Ocklawaha River’s right to flow with all the freedom and majesty it once had, and will not stop until it traverses Florida’s wetlands freely once more. 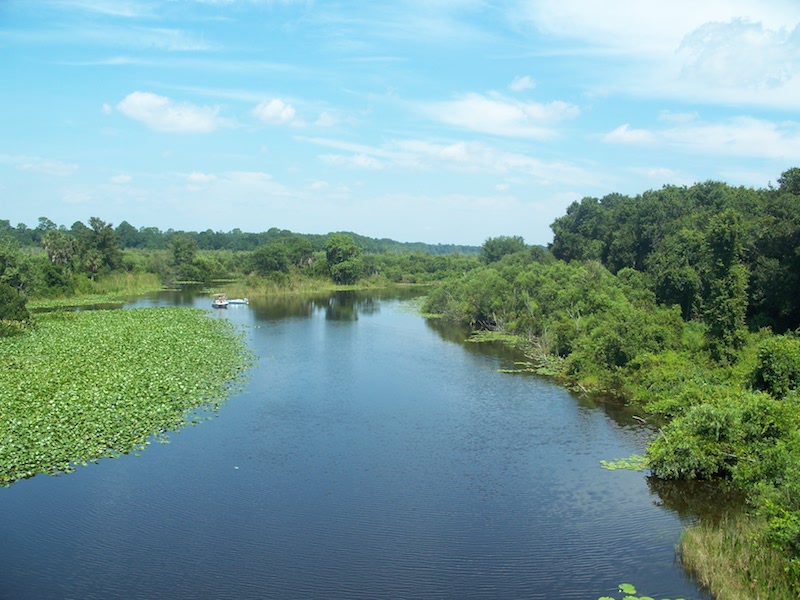 The Ocklawaha was considered one of Florida’s major sources of aquatic excellence long before the United States of America was even in existence.

Used by ancient local tribes for countless ages past as a primary source of nourishment, the Ocklawaha has been subjected to the unfortunate callousness of the modern day humans.

In particular, the construction of the Rodman (Kirkpatrick) Dam, the primary piece of the historically frowned-upon Cross Florida Barge Canal, has brought immense destruction to the flora and fauna of this once pristine waterway.

Built in the late 60’s, it was responsible for closing off over 16 miles of the Ocklawaha river, making the distribution of natural freshwater resources and migration patterns of local aquatic animals stop entirely.

These events set in motion the assembly of numerous local individuals, who would go on to call themselves the Florida Defenders of the Environment.

“The organization was created in 1969, under the leadership of Marjorie Harris Carr. She helped assemble a number of faculty members from the University of Florida, who all came together to stop this project” says Jim Gross, Executive Director of the current FDE.

“They were successful, for a time, in getting a court to stop the project. Later, Richard Nixon ordered a halt to the project, after being given enough information.”

Unfortunately for the organization, the community and the river most of all, the seven thousand two hundred foot dam was eventually erected, and continues to restrain the Ocklawaha to this day.

Today, the FDE continues to fight tooth and nail for the deconstruction of the Rodman Dam, through both private and public effort.

“Our main goal is the restoration of the Ocklawaha as a free-flowing river, rather than an impounded one” says Gross.

“One of our current projects is a public engagement process that helps educate the public in how the Ocklawaha River is important, and how we might move forward in fully restoring the river, as the state had agreed to do decades ago.

At the same time, we are trying to identify concerns in the communities surrounding the river, so that if we move forward with whatever restoration plans get launched, that we do so in a way that’s sensitive to the various stakeholders around the region.”

Another primary objective currently being undertaken by the Florida Defenders of the Environment is to sue the United States Forest Service.

“There’s a carrot-and-stick approach to all things, and in this case, litigation is the stick” chuckles Gross.

“The U.S. Forest Service is not in compliance with their own plan, whereby they had committed to restore the Ocklawaha to a free-flowing river and to take all that water that was impounded on the national forest land, and put it back where it originally was.”

This delay in promised progress has cost the environment dearly, from the slow death of numerous area springs that used to feed off the river, to the Ocklawaha’s many species of freshwater fish which were unable to traverse their historical migration patterns due to the construction of the dam.

These fish have now been forced to breed either out at sea, or in the very currents of the river itself, causing both a substantial decrease in their population and that of the many fish and mammals who feed on them.

“The dam has been such a cascading ecological disaster that would be so easy to fix, technically, and so inexpensive when compared to other restoration projects in the rest of the country, or even just in Florida” states Gross.

“It’s a not only a no-brainer, but also one of the best discounts you could get where ecological restoration is concerned.”

The Rodman Dam, in spite of it’s original purpose as part of a navigational aquatic pathway for ships and other water-based traffic, seems to have little to no current upsides, even in terms of economic benefit. “It has no power generation now, nor does it even have the potential” says Gross, in regards to the dam.

“The dam has no flood control benefits, but is in fact a flood control hazard, and there’s no water supply benefit, due to its hydrology.” The dam appears to be contributing to the State of Florida’s net water loss as well.

“We’re hoping that in our lawsuit against the USFS, we will be successful in getting rid of this dam, once and for all.” 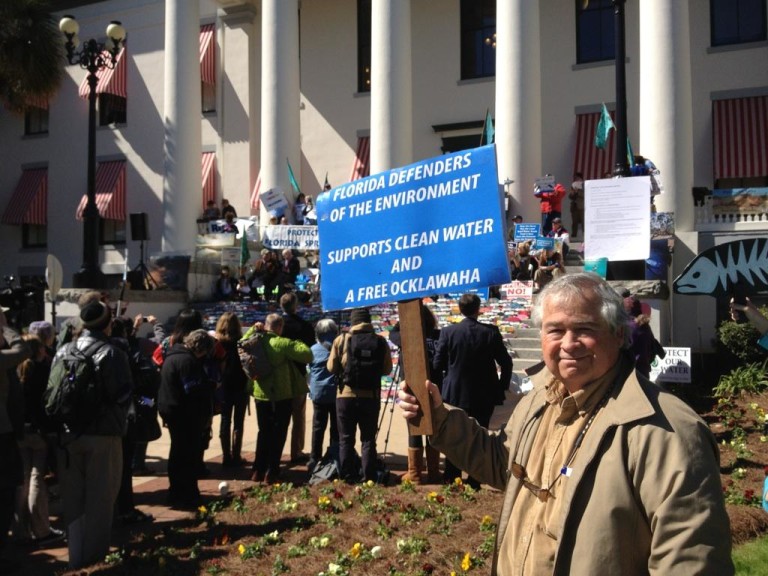 While the restoration of the Ocklawaha River is the omnipresent goal of the FDE, the organization is also involved in a number of side projects.

In particular, the Florida Defenders of the Environment have partnered up with other local environmental groups in a lawsuit against the state of Florida in an action known as the “Amendment One Initiative”, set in motion to reclaim a stream of revenue originally intended for Florida’s many conservation lands, but spent elsewhere.

“The government and legislature failed to actually use that money for the purpose of which it was set aside” mentions Gross. “It was used to pay for assorted incidentals to run the agency, rather than as it was intended by the people: the purchase and manage conservation lands.”

To contact the Florida Defenders of the Environment (http://fladefenders.org/) they can be reached via telephone at 352-475-1119, or visited at their office in Gainesville, Florida. Executive Director Jim Gross can be reached via email at: Jim4fde@gmail.com