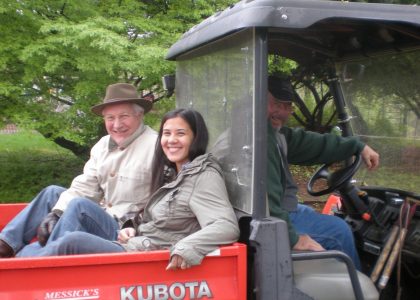 Thinking back to the nineties, what stands out against the boxy cars and bad haircuts? Maybe the end of the Cold War, the popularity of grunge music, or the introduction of the world wide web and the arrival of the Information Age. Chances are good that environmental activism in the northern United States would not have ranked very high on that list.

Yet, in the late 90’s, a tenacious, dedicated group of nature-conscious individuals were hard at work defending Pennsylvanian greenspace against overzealous urbanization. The group, known as the Manada Conservancy, has been persevering in the preservation of natural land and wildlife ever since. 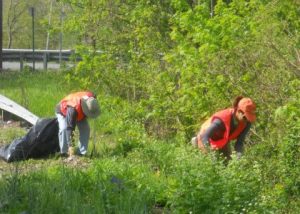 Since the organization’s inception in 1997, the non-profit Manada Conservancy has stood strong in the defense of southern Dauphin County’s natural environment, from the birds in the sky to the flowers of the earth. The word “Manada” was chosen as the name of the group due not only to the Manada Creek watershed being a focal point of Dauphin County, but also because of the rich cultural heritage of the land.

Manada Conservancy is proud to base many of its environmental beliefs off of those of the Native American peoples who inhabited the area, emphasizing the connection which the natural world has to humanity. As far as areas of focus go, the conservancy funnels its time and effort into both the conservation of local lands and an intuitive education which provides participants with the knowledge to further Manada Conservancy’s preservation efforts. 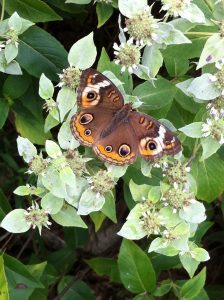 In spite of being one of the younger nature conservancies in the state of Pennsylvania, the Manada Conservancy is already an accomplished, popular charitable organization due to its persistent preservation of Dauphin County’s natural beauty. While the land trust’s primary attention is devoted to the preservation of nature, the agricultural, scenic and historic resources are also considered to be of great importance by Manada Conservancy.

With well-informed, enthusiastic members, the group takes pride in its detailed knowledge of the current status of local flora and fauna, making action plans for the organization’s future moves very straightforward. As with most other conservancies and land trusts, the Manada Conservancy readily accepts donations, both of the financial and land varieties.

The group also accepts conservation easements. Owners of private lands that hold significant conservation value may want their property to remain green and pristine forever, after they pass away. In order to ensure the land is safeguarded, landowners will approach a nature conservation organization such as Manada Conservancy and proceed to draw up a legally binding conservation easement document.

This document will, in writing, make sure that the land in question remains free of urban development. A conservation easement will be upheld by the organization in perpetuity.

Preserving with a Purpose 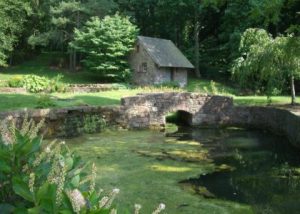 Manada Conservancy has successfully preserved just under two thousand acres since 1997, almost all of which are located in Dauphin County. Over twenty-four pristine donated land parcels, acquisitions and conservation easements make up over 1800 acres that are protected by the Manada Conservancy.

From historic farms owned by local families for generations, to swaths of deep forests and silent swamps teaming with a plethora of fauna and flora, the land trust carries out regular maintenance on the massive amounts of property they have promised to watch over, indefinitely.

Even though the Conservancy is very strong on its own, it becomes a true force of nature as a member of both the National Land Trust Alliance and the Pennsylvania Land Trust Association, just as a forest is far more likely to persevere in this world than a singular tree. 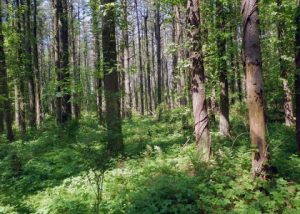 It is true to say that the expansive forests, hills, wetlands and farms of Dauphin County hold the primary attention of the Manada Conservancy. One of the primary seeds in the Conservancy’s garden of knowledge is the importance of native plants, specifically how to identify and care for the region’s historic flora.

Native plant species play a key role in the longevity of a healthy ecosystem, providing not only a habitat but also a food source for every member of the local food chain, from the lowly earthworm to the fisherman using that worm to catch his dinner. With urban sprawl and invasive, non-native plants threatening the native flora population, Manada Conservancy has come up with several plans of action.

From providing expert advice on idea growing conditions and planting techniques, to selling trees, shrubs and flowers at annually held sale each spring, the Conservancy is allowing native plants to once more grow strong roots in Pennsylvanian soil. 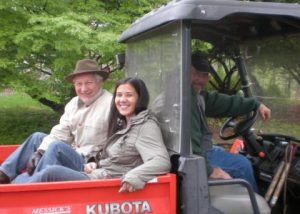 Sometimes, if a group of individuals experiences frequent, perpetual success in a certain area of life, they may decide that their efforts need not continue or that at least, they don’t have to try quite as hard anymore. To be very clear, the Manada Conservancy could not be more opposed to this mindset, despite the victories they have achieved and goals which have been met in their quarter century of existence.

With foresight serving as a guiding light to the Conservancy, it should come as no surprise that the education of future generations is part of the group’s long term mission. The Conservancy has its own Education Committee whose members devise unique programs which hold the perfect balance of information and elation, guaranteed to capture and nurture the attention of a young mind. Typically, four programs are held each year.

Two take place in the spring months, one in the summer, and a final one in the early fall. Themes can range from land conservation and history to local wildlife identification. Education programs for middle and primary school aged children are typically held outdoors.

Teenagers and young adults are not left out of the Conservancy’s educational mission, not by a long shot. Springtime signals the arrival of a plethora of academic achievement awards that are bestowed upon environmentally dedicated secondary school students.

For those wishing to obtain an even deeper appreciation for the natural environment just outside their doors, the Manada Conservancy proudly offers internships that will provide the tools to the young people wishing to aid the Conservancy in growing a better tomorrow.