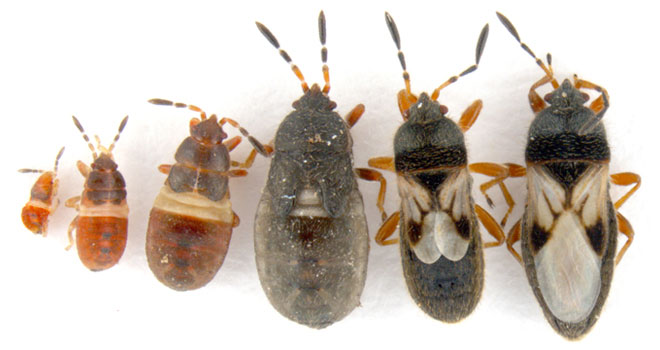 What is a Chinch Bug?

The dictionary defines “chinch” as “a plant-eating ground bug that forms large swarms on grasses and rushes”.

There is a Spanish word, “chinche”, and a Latin word, “cimex”, which refer to the same type of bug, or pest, which are divided into 16 species of the genus Blissus, found across North America.

Regardless of which type of chinch bug you’re dealing with, they are generally bad news for your lawn, as they are best known for devouring a healthy-looking lawn and leaving it dry-looking and damaged, like this: 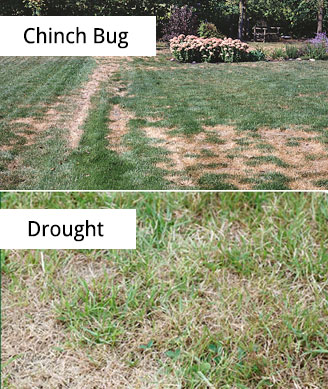 On the other hand, if chinch bugs were involved, they inject a poison into your grass which prevents it from growing again, and this is one way to that chinch bugs were the culprit, because watering it will do nothing to help it grow back. 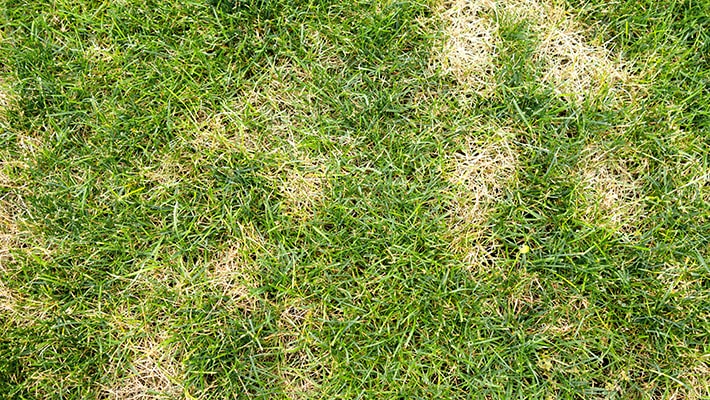 Telling the difference between drought and chinch bug damage can be challenging for a lot of people, since they can happen at the same approximate times of the year (hot, dry periods) and look almost the same.

Still, when chinch bugs eat your grass, they move outward to fresh grass that isn’t dead, and so some experts can distinguish drought in grass from chinch bug damage simply by the types of patterns they see. 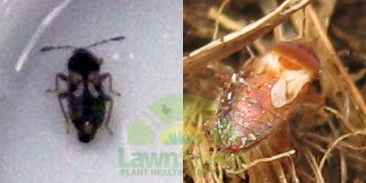 You’d imagine something a bit more menacing, considering the damage they can do to a lawn.

That said, chinch bugs aren’t much to look at.  They have oval-shaped bodies, and mouth parts that they use to bite into your grass, sucking out the water with those mouth parts, and then injecting into your grass their natural poison, leaving your lawn dead within a matter of days.

They’re quite small, at just a quarter of an inch long, but you can definitely see them if you are looking closely at your grass, or you might see them on a leaf.  If you were wondering, yes, they can bite as well.

The adults begin as immature bright red nymphs that have white bands across their abdomens, which are eventually covered by their enlarging wings, as the insects become larger and mature. 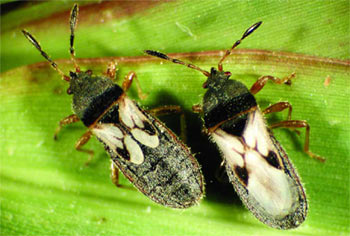 As full grown adults, they are grey/brown bugs with black strips.  The nymphs are half the size of the adults.

Where do they live?

Although the originated in the tropical Americas, they can now be found throughout North America, even as far north as Canada. Different varieties of chinch bugs can be found in other parts of the world, such as Europe. 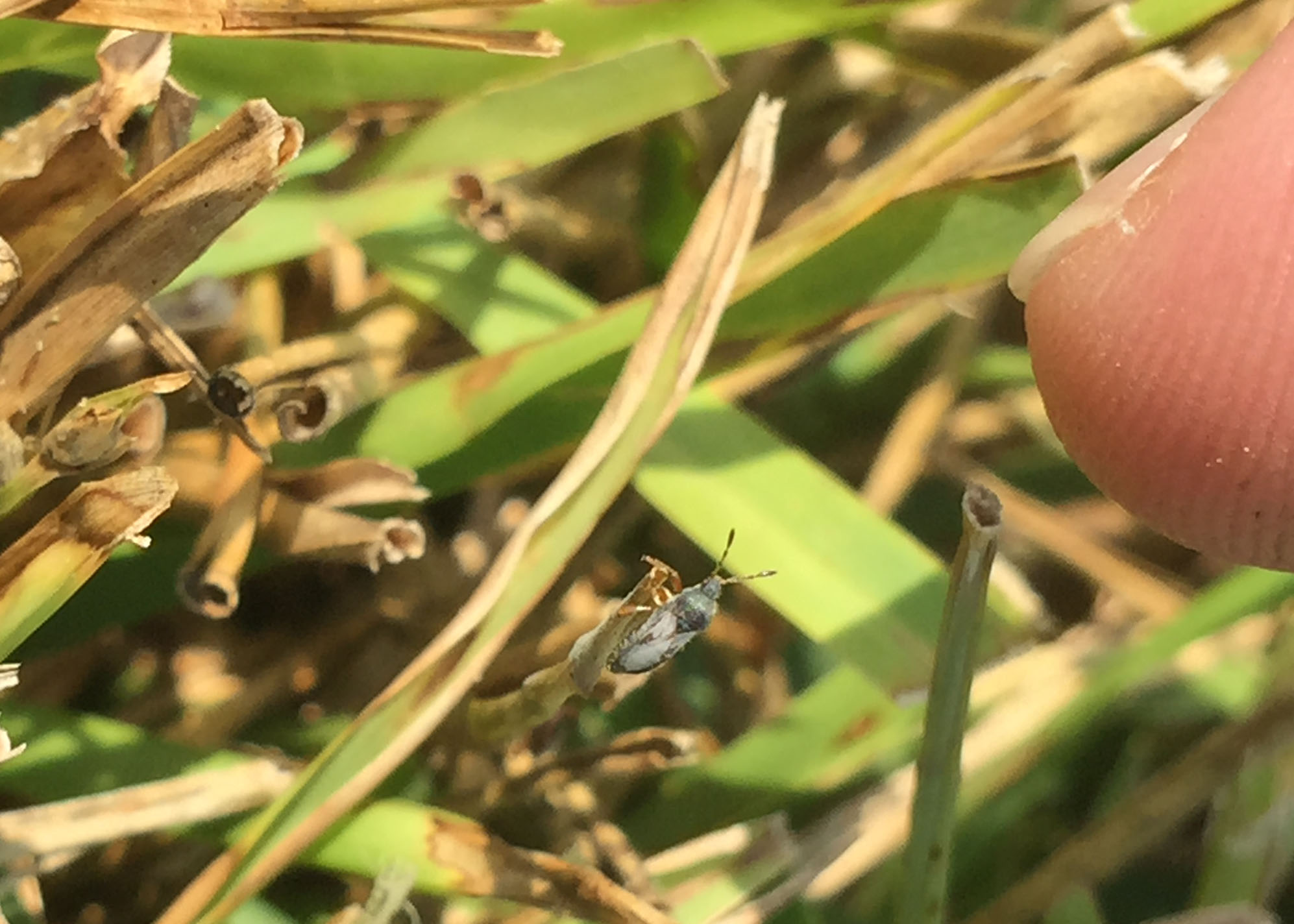 Aside from grass, which contains moisture which they suck out, chinch bugs also favor other types of plants, including anything grass-like – wheat, sorghum, rye, barley, oats, and corn.

What makes them even more of a nuisance is that they will raise several generations at once on your lawn (up to 5 generations), which means that even though they live for a few months, their offspring will be there the following year to continue their destruction.

The larvae feed on the roots of grass, and suck the juice from the stems.  The larvae are very small, which makes them relatively unnoticeable.  The point is, no matter how old the chinch bug is, it can still do serious damage. 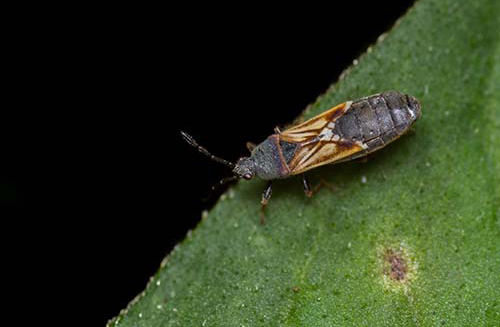 Chinch bugs spend the winter in the adult stage in partially protected areas (under shrubs or around foundations of houses). As the weather warms in the spring, adults move into open areas, where females begin laying eggs.

Chinch bugs usually do the most damage on the hotter, dryer days of late-Spring and early-Summer. 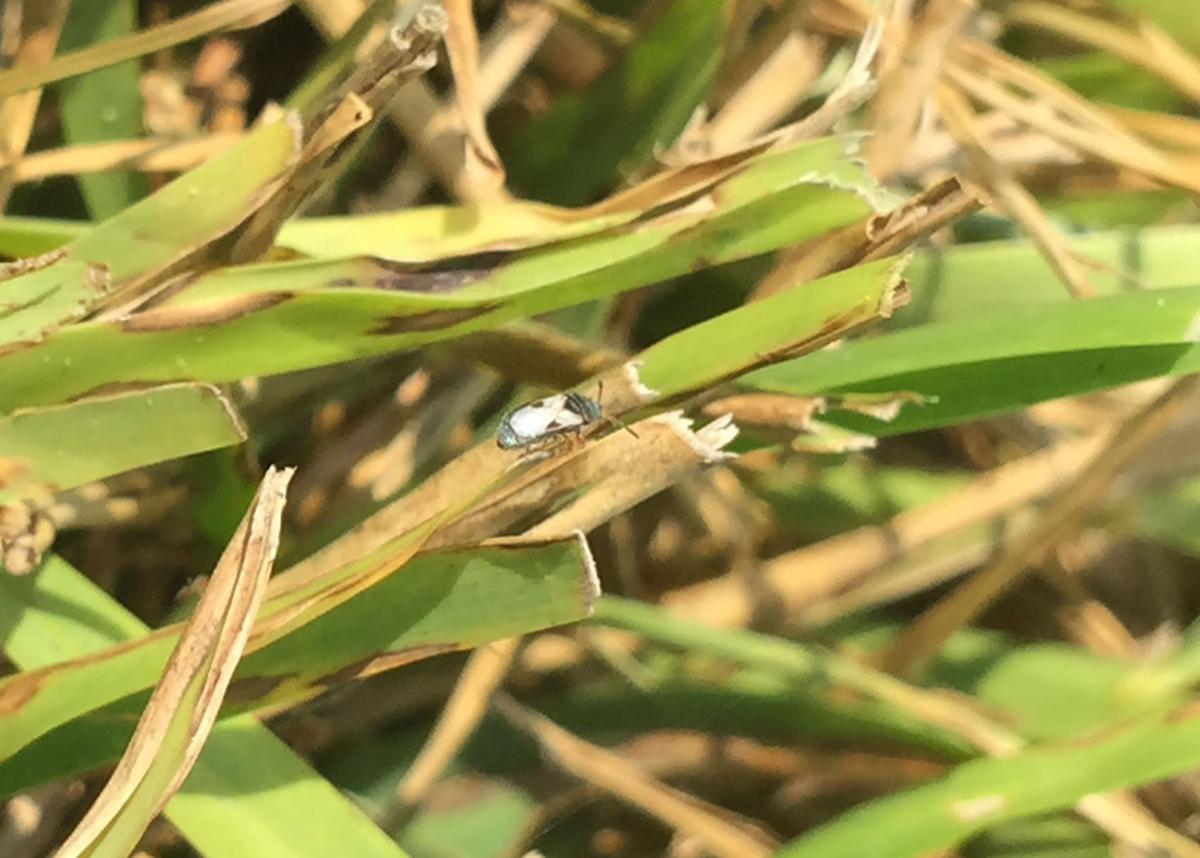 Checking your lawn for Chinch Bugs 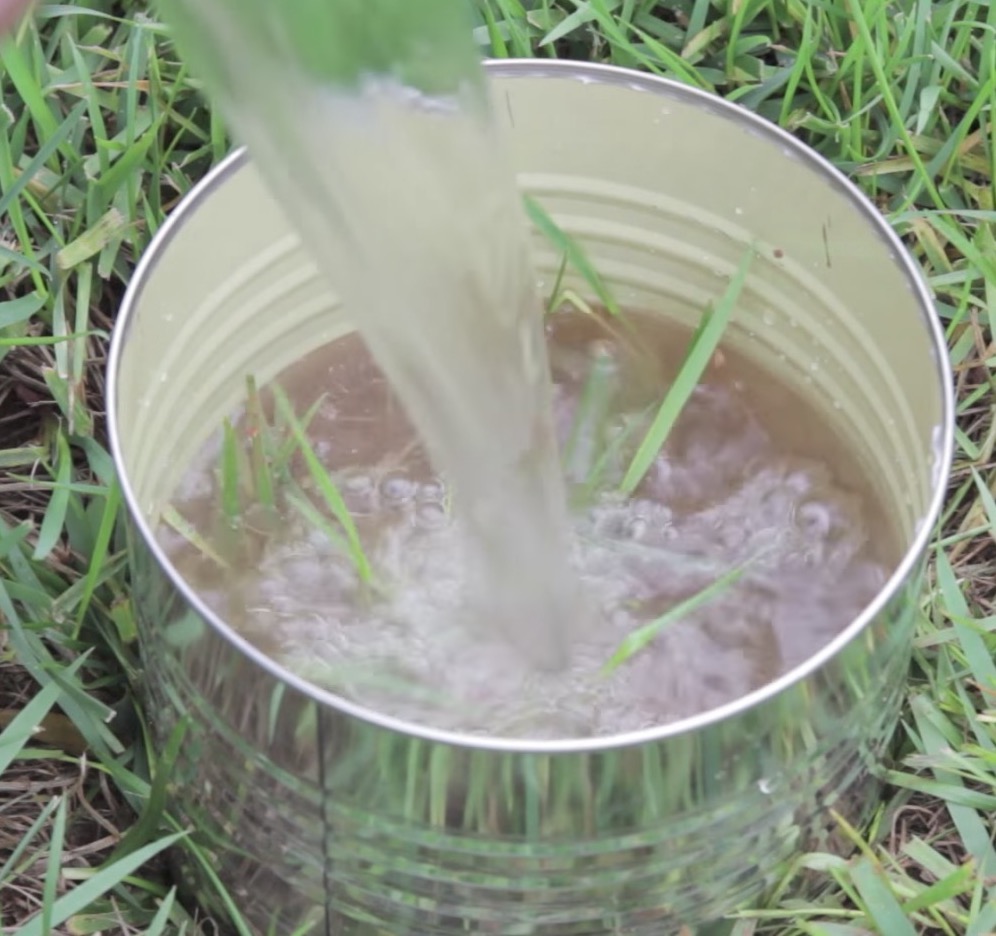 If you are looking for an easy chemical control of chinch bugs, apply 2 tablespoons of dish soap to 2 gallons of water and with a sprinkler drench the infested area. If the infestation is large, attaching a hose bottle with dish soap in it and water area is just as effective.

That said, generally, without insecticide, it will be difficult to remove a major infestation of chinch bugs.  But non-invasive methods are also available, but maybe not as effective.

Watch these videos and get some great ideas on how to take care of your chinch bug problem, and let us know how it goes in the comments section below.